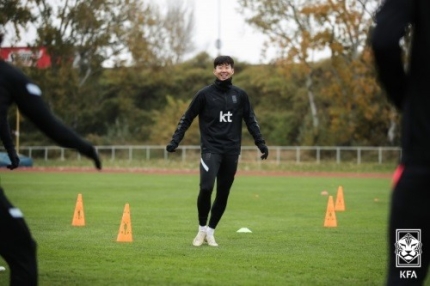 However, the salary was drop about 15 percent in three weeks, compared to Tottenham's five-year, 60 million pounds renewal offer,

which was presented to the UK's Football Insider media about three weeks ago.

At "MatchisOn" service of AIMBROAD(CEO-Michael Jang), which already provides real-time ratings and salary forecasts for all EPL players,

As of October 24, 2020, the estimated annual salary was about 12.24 million pounds, and the actual amount offered by Tottenham was 60 million pounds.

It has been revealed that football AI continues to track the value of salary by analyzing Son Heung-min's game in real-time.

Not only Son Heung-min, but also 460 players from 20 EPL clubs were analyzed rating and salary in real-time and provide service ranking on the top 100 charts as if Billboard chart.

The data was a real-time analyzed result of 'football AI' every second.

AI was known to the world by AlphaGo.

We forecast our AI platform could contribute to the Football industry from analog to digital.

And Michael Jang, CEO of AIMBROAD announced with an aspiration that The era that Football AI explains and analyzes every circumstance of a football match with "Football Navigation" will come 2021 and completed.

The football industry getting digitalized and It is coming in the blink of an eye.

Surprisingly, and unfortunately in the middle of rapid development on the 'Untact digital industry' from COVID-19,

the finest examples have emerged of actual use and necessity of AI technology.

We are looking forward to how fast from analog football to the new digital football industry will change by football AI.